First, a bit about Alicia:

I was born and raised in a small town in Idaho, growing up riding horses, and helping on my dad's farm and ranch. I discovered my love of books as a teenager, but didn't really start reading for fun until I was married. I am a stay-at-home mom with two handsome boys and an amazing husband, who helped my dream of being an author come true. I currently live in Northwest Arkansas.

I have always enjoyed reading books like Harry Potter, The Chronicles of Narnia, Percy Jackson etc... so when the story of Mere began on paper, I imagined myself telling the story to my young son, and it came out in my writing. It is enjoyable for me to see a child's eye's light up as they read something that I've written. Everything is still new to their mind, and they find themselves more likely to disappear into the places of the stories. I find this so amazing to be able to touch such a young mind.

I love a lot of different types of books, but fantasy is my favorite. As a child I always imagined myself being able to do magic or having a pet dragon. When I read stories that contain these elements, it is much more enjoyable to me. That being said, my favorite book is Pride and Prejudice, so it really can go in any direction.

I have recently taken up jogging and am enjoying it. I would love to someday run a marathon, but right now I'm just happy getting out and enjoying the sunshine. I also love to read and sing. My family is the most important thing in my life, so I spend a lot of time hanging out with my husband and boys.

Tell us about The Enchantment Series and how the story came to be.

The Enchantment Series is a story of four teenagers that find themselves lost in a magical kingdom surrounded by wizards, dragons, mermaids, and many other creatures they have never seen before. They are being hunted by an evil treacherous man named Jacan who has used dark magic to summon the People of the Shadows, also known as Umbra, to take over the kingdom of Mere. The four friends must discover why they are in Mere before Jacan finds them.

The series starts with Mere Enchantment and ends with Rings of Enchantment. The story came to me while trying to sleep almost eight years ago. I usually don't remember my dreams, but this one stuck, and I began writing it down. The story took on a life of its own as I delved deeper into the lives of these friends, and it became almost a reality for me. 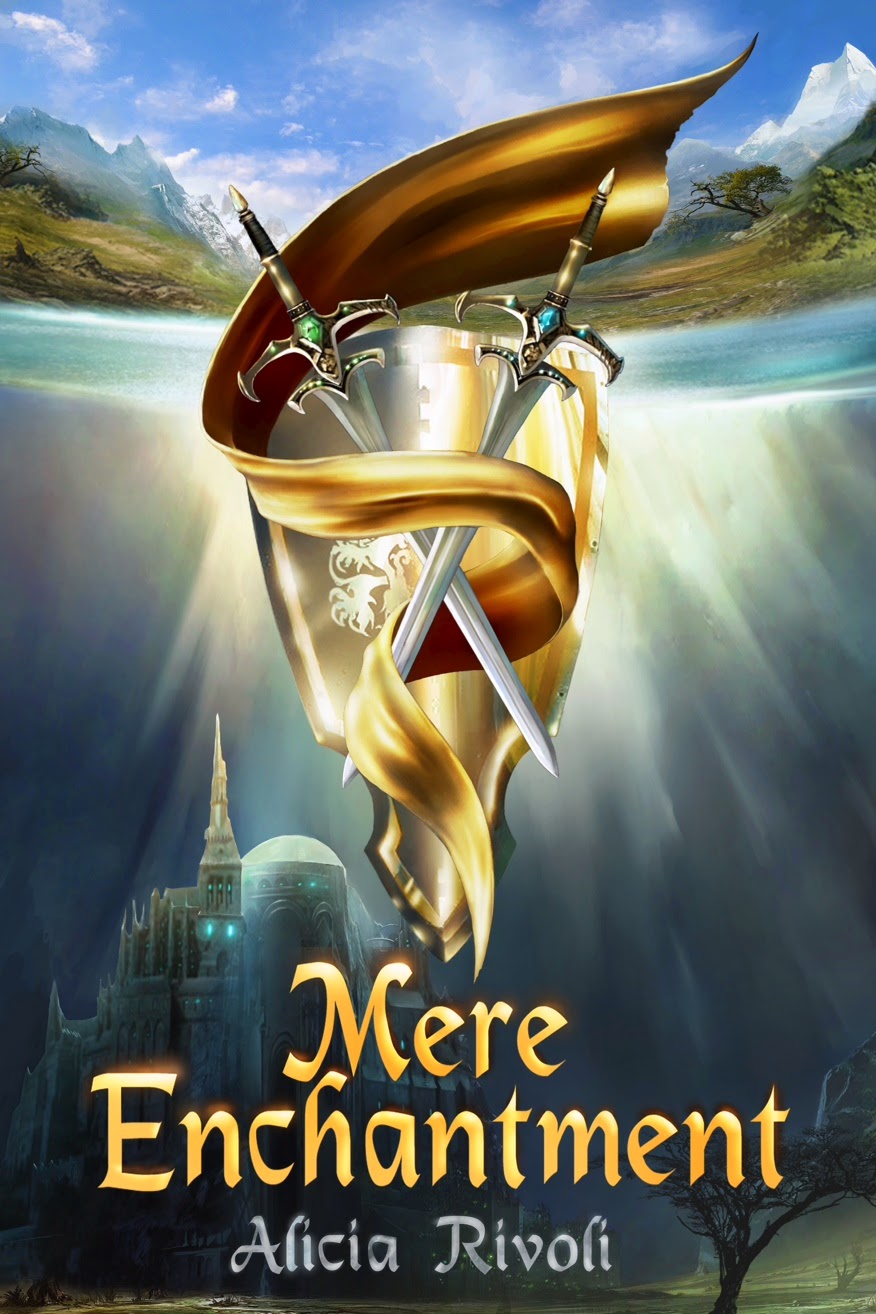 Here's a peek at Mere Enchantment:

A World Like No Other…When a newly formed group of friends find themselves fighting for survival, little do they know that it's just the beginning.

When Chloe, Megan, Jason and Zach are forced to take cover in a nearby cave from a violent storm, they find their new friend Preston there as well. Zach guides the group through the cave, but as they go deepe,r strange things begin to happen, and they find themselves separated in a magical kingdom surrounded by unusual people and wizards. Things get even more dangerous as they travel the kingdom in search of the city of Mere and each other.

As their journey unfolds, Preston discovers that the bedtime stories he was told as a child are true and that his rightful place in time must be realized. The kingdom itself has gone under attack as Jacan, a traitor to the crown, forces his armies through the magical borders.

What's next for your writing? Are you working on a new story?

I am working on a YA fiction currently titled Life Apart. It's the story of a woman faced with an unimaginable challenge of fighting a nightmare. However, it's still a work in progress, and I'm unsure when I'll have it finished.

Writing isn't easy! It takes time and dedication, sometimes pushing you to the very edge. Keep working and find something that helps keep your mind in the writing zone so you don't get off track.  For me, it's different types of music or just speaking to my sister so I can bounce my ideas off of her.

Some of the best ways to help an author is to write a review. By simply logging on to Amazon, Barnes & Noble, Goodreads etc... and writing your honest reviews, you aren't only helping people know more about the book, you are helping the author know what you did and didn't like so they can try and fix it or take the information and apply it to their next work. Also authors love to get questions or comments about their work, so don't be afraid to speak up. This is why a lot of authors provide ways for you to contact them on their websites or Facebook pages. I look forward to your reviews and/or comments! Happy Reading!

Mere Enchantment and Rings of Enchantment can be purchased at the following locations in both paperback and eBooks:

You can also learn more about me and my books on my website and my Facebook page.
Posted by ccarpinello at 08:30