Take a look at Muse It Up Publishing's March 2012 Tween releases.

Summer of the Eagles by Ros Gemmell 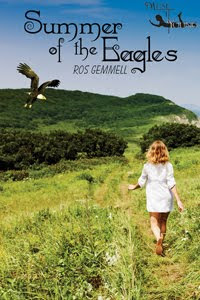 Thirteen year old Stephanie (Stevie) loses her parents in a terrible accident, leaving her lame. Stevie’s dreams of running for Scotland are over. No longer able to cope with Stevie’s moods, Gran sends her to an aunt on a Scottish island.
Although Stevie gradually makes new friends and discovers an interest in the bird sanctuary, she soon falls into danger from two bird poachers intent on harming the eagles.
A strange boy in the hills helps Stevie. Could he have anything to do with the eagles or the painted rocks and legends of the island?

Ros Gemmell is a Scottish freelance writer of published short stories and articles in the UK, U.S., and online. Three of her children’s stories are published in different anthologies and her first historical novel, Dangerous Deceit, was published in May 2011. Summer of the Eagles is her first novel for the tween age group. Stop by Ros's website to learn more.

The Younger Days by Mike Hays 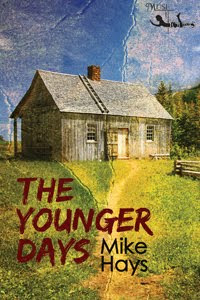 Even a decade after the Civil War, the evil deeds carried out in the Border War for "Bloody" Kansas are not forgotten. Hate and revenge still rule the hearts of some, while others wish only to forget and disappear.
In the beginning, Boy Smyth has a dull Missouri farm life and a burning desire to be an outlaw like his hero, Cole Younger.
In the end, Boy Smyth has five dead bodies and two burning buildings at his farm and the most feared man in the United States crying outside his front gate.
And that desire for the outlaw life? It's purged completely from his system.

Mike Hays is a lifelong Kansan and works as a molecular microbiologist. He has been a strength and conditioning coach, a football coach, and a baseball coach. He has published three non-fiction football coaching articles, co-authored several scientific papers and is the co-inventor on two US patents. Stop by Mike's website to learn more.
Posted by ccarpinello at 20:00 2 comments: