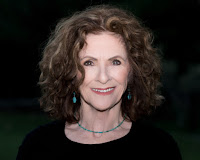 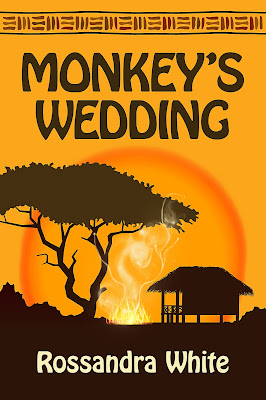 Carpinello's Writing Pages is excited to welcome Fantasy author Kevin Hobson. I first met Kevin through MuseItUp Publishing which acquired my second Arthurian Legend book, The King's Ransom, Young Knights of the Round Table back in 2011. Today he's introducing us to his first cross-over fantasy novel.

I've taken a bit of a hiatus because of family and work. Good to be back here.

Here's a bit about Kevin:

Prior to hitting the fiction scene in 2009, I was a freelance writer for several years, covering everything from finance to sports. My debut work, World of Ash, was released by MuseItUp Publishing in the fall of 2010. Since then, I have released over a dozen books through MuseItUp, and I have also been published in various magazines and anthology books. My writing covers many genres, including dark fiction and horror, science fiction and fantasy, and crime fiction.

I rarely read non-fiction, but I’ll read just about anything when it comes to fiction. 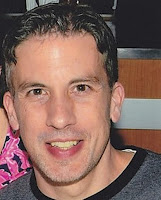 I like to watch movies and play card games, but I enjoy reading the most.

Tell us about Brinewood and how the story came to be.

Brinewood is for the upper edges of YA readers. It is a cross-over fantasy, which means it takes characters from two separate series of mine. More specifically, my Jacob Schmidt (mystery) and Vargrom (fantasy) series. It’s a unique combination, but it seems to work. I had the idea running through my head for a while, and I couldn’t decide which genre to write at the time, so I decided to combine the two.

Here's a peek at Brinewood: 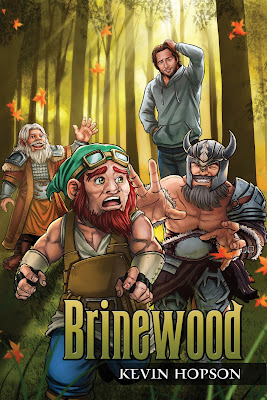 When a wizard named Fremonar accidentally opens a portal to his world, private investigator Jacob Schmidt is thrust into it. Though the gateway closes before Jacob can return to Earth, Fremonar assures Jacob that he can send him back, but it will take a few days. Fremonar needs to regain full strength before attempting such a feat.

In the meantime, Fremonar has a problem. His brother Ikalis recently passed, and the wizard has a suspicion that he was murdered. As he learns more about Jacob, Fremonar asks for the stranger’s help. Jacob ultimately accepts the wizard’s proposition, but he hasn’t a clue what awaits him. All he knows is that two dwarfs will be accompanying him on his journey to Brinewood, and maybe even a pesky gnome when all is said and done. Unfortunately for Jacob, his allies might end up doing him more harm than good.

Yes. I’ve written several books, but most of them are related to the two ongoing series I already mentioned. My Jacob Schmidt series revolves around a former Atlanta police officer turned private investigator. My Vargrom series is a spin-off from my young adult fantasy novella, The Fire King. It deals with a dwarf named Modrad, who hails from a mountain city called Vargrom.

Try to read and write each day. Reading inspires me to write, and vice-versa. Not only does it keep me engaged, it keeps me sharp, too.

Though I’ve taken a break from them recently, I also like to make book trailers. There’s a YouTube link on my website where people can view all of my trailers.

My website and Amazon page are probably the best places to learn more about me and my books.