Carpinello's Writing Pages is excited to host Kathleen Jae on her Pump Up Your Book Tour for her very first novel, but not her first book. Please welcome her and be sure to leave encouraging comments. Don't forget to read all the way to the end for something special.
First, a bit about Kathleen:
Elanora and the Salt Marsh Mystery is Kathleen Jae’s first novel. She has been writing in one form or another for over twenty years. Her greatest success story is her daughter, and their autism journey is chronicled in Kathleen’s first book, From Prompting to Shaping to Letting Go: My Love Affair With ABA and How Being a “Bad Mom” Helped My Daughter With Autism Succeed. Two of Kathleen’s short stories made it to the finals of the 2017 Florida Writers Association Royal Palm Literary Award competition.
Why did you pick to write books for middle-grade readers? 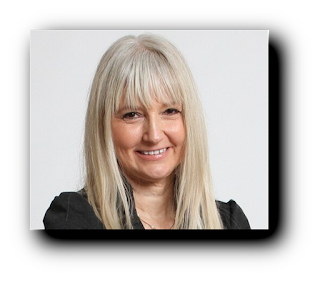 I never set out to write for middle-grade readers. In fact, I did not realize there was such a label when I began Elanora and the Salt Marsh Mystery. I knew my protagonist would be a chipmunk, and in the beginning, I had no idea the book would surpass 150 pages. It kind of evolved, so that when it was finished I knew the readers would probably be about ten years old to fourteen or fifteen. But in reality, middle-grade readers range in age from about eight to twelve.
What types of books do you like to read, and what do you do when you’re not writing?
I can find so little time for reading strictly for fun! When I am reading, it’s something historical to research for the sequel to an upcoming book, Island Times Three (a historical detective mystery that takes place on Manhattan and Sanibel Islands) or browsing the internet to search for material to use in the sequel to Elanora and the Salt Marsh Mystery. The book I am reading for Island Times Three is The NYPD’s First Years by Bernard and Jon Whalen. When I’m not writing, I am outside as much as possible, gardening or hanging with our dogs.
Tell us about Elanora and the Salt Marsh Mystery and how the story came to be.
My family and I have visited Sanibel Island in Florida a lot over the past 20 years. About five years ago we decided to take a kayaking tour in Tarpon Bay. At one point, our guide began to talk about the red-mangroves and how they are destroyed to make room for development. While I sat listening, I pictured a chipmunk standing on a red mangrove branch, and I came up with a premise: a young chipmunk protects the red mangroves from destruction.
Here's a peek at Elanora and the Salt Marsh Mystery: 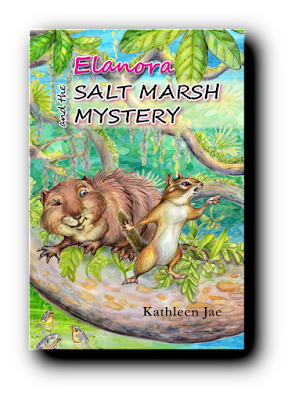