I am a computer scientist with the Department of Navy and a children’s mystery writer. After graduating from the University of Idaho, I moved from the Gem State to northeastern Alberta to Southern California before settling into a cozy town in Southeastern Massachusetts, where I live today with my wife and two sons.

Why did you pick to write books for middle grade?

My first two books were written for an adult audience, but more than one agent noted that my voice was better suited for the younger crowd (not an insult—just a true observation). From that point on I channeled my inner ‘tween and wrote seven middle grade novels. I guess those agents were right!

I mostly read adult thrillers and mysteries by stalwarts like John Grisham, Michael Crichton, and David Baldacci, but I venture into middle grade and some lower YA books to “keep up” with the genres.

As a family, we like to go geocaching (www.geocaching.com), a high tech treasure hunt using a GPS device, which gets us out to many different places on the weekends. As a New Englander, I’m a diehard Red Sox and Patriots fan. Of course, that means a lot of people don’t like me already!


Tell us about The Secret at Haney Field: A Baseball Mystery and how the story came to be.

I spent nineteen years as a baseball coach—from T-ball to American Legion and most levels in between. From my typical place in the third-base coach's box, I imagined a baseball mystery told from the viewpoint of a modern-day bat girl (April) who happens to be a baseball savant. I wanted to include a reference to the Negro Leagues and its players because their history is so important to the game, so I created Flash Henderson, a speedy outfielder from 1941 who befriends April and her best friend, Darren. When they become entangled in a mystery involving the owner of the team, their passion for the game and its history take them (and the reader) on the journey of a lifetime.

Here's a peek at The Secret at Haney Field: A Baseball Mystery: 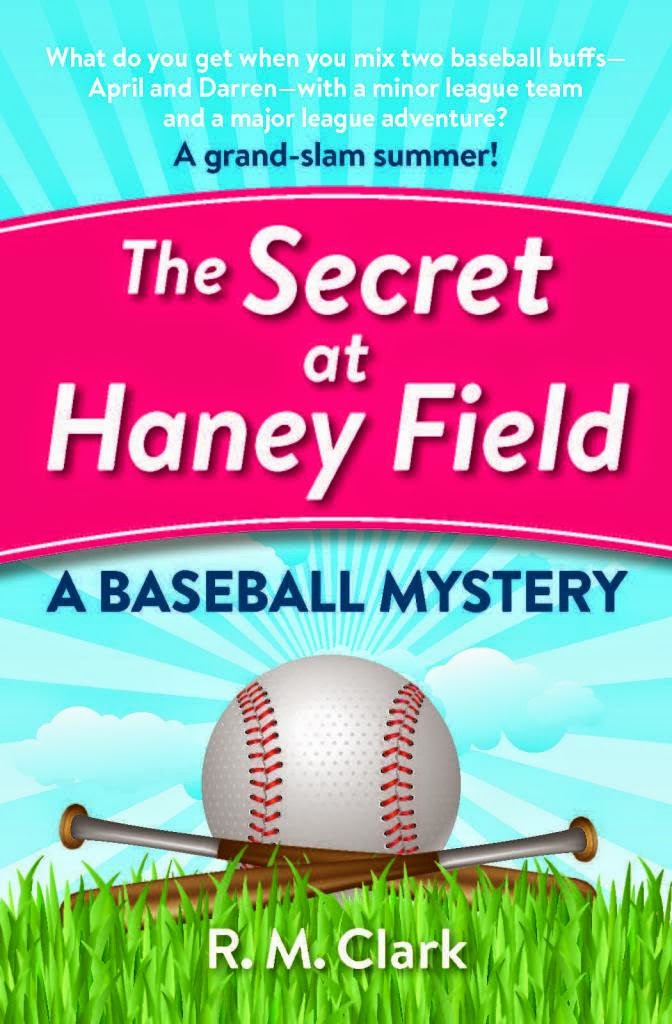 Twelve-year-old April O'Day's summer has gotten off to a flying start. As the new bat retriever for the Harpoons, her hometown's minor-league team, she's fetching bats and doling out great advice to players and coaches alike. In a word, she's becoming indispensable. But mysterious things are happening at Haney Field, which April and her best friend—and fellow baseball enthusiast—Darren Plummer are determined to uncover. As they quickly learn, this is no ordinary season. In fact, it's a whole new ballgame!

I’ve written nine books since I started writing seven years ago. My first one was “practice” and lives forever in the trunk. My next adult work, Center Point, was published last year. My debut middle grade book, Dizzy Miss Lizzie, was published in 2012, but the publisher went AWOL, and I recently got the rights back for it. I have two ready for submission: The Right Hand Rule, a mystery about four science fair winners who use their project knowledge to solve a mystery.  Then there’s The Tick Tock Man, in which a boy, CJ, is thrust into an Alice In Wonderland-type world whose citizens are mostly clock parts and whose job is to keep all the great clocks in town running smoothly. Things get even stranger when CJ uncovers a centuries-old feud between neighboring clock villages. Besides those, I have a few other manuscripts in various stages of readiness.

I’m always writing (or re-writing) something. My latest manuscript is about Devin, a middle school boy who dreams of being a magician, but he performs badly under pressure. After opening a special magic box from a famous magician, Devin is convinced his brain is occupied by an 19th century kid magician named Ehrich, who just may be the key to Devin’s success and who just happens to be a young Harry Houdini.

Get to know the business before you get too far into your writing career. Know what agents can and can’t do for you. Know the difference between large and small presses. Never sign a contract without knowing what every paragraph means. Be aware that there are good reasons and bad reasons to self-publish. It’s a slow business, so there’s no excuse for being ill-prepared for the journey. Oh, and never forget that writers are the most important links in the publishing chain.

Thanks for having me. This is a wonderful site.


Where can readers find you and your books?

Read more about me and my books at my website, www.rmclarkauthor.com.

Posted by ccarpinello at 20:46