First, a bit about Annie:

Annie Douglass Lima spent most of her childhood in Kenya and later graduated from Biola University in Southern California. She and her husband Floyd currently live in Taiwan, where she teaches fifth grade at Morrison Academy. She has been writing poetry, short stories, and novels since her childhood, and to date has published ten books: one YA action and adventure novel, four fantasies, a puppet script, and four anthologies of her students’ poetry. 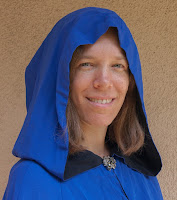 It’s not so much that I picked that. The stories came to me, and when I wrote them, that ended up being the age group they fit best.

My favorites are science fiction and fantasy.

Tell us about The Collar and the Cavvarach and how the story came to be.

The Collar and the Cavvarach takes place in a world very much like our own, except that slavery is legal there. The main character, Bensin, is a teenage slave who is trying to protect and free his younger sister Ellie. He’s an athlete, and he competes in a martial art called cavvara shil, with all the prize money going to his owner, of course.

It’s hard to say exactly how the idea came to me. It just grew gradually in my mind until Bensin and the others were as real to me as my family and friends. I drafted the novel in November 2013 for National Novel Writing Month, and I’ve been working on editing and polishing it ever since.

Here's a peek at The Collar and the Cavvarach: 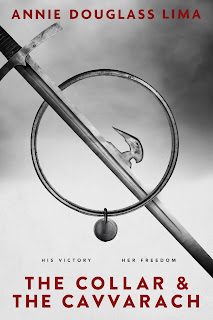 I have a fantasy series called the Annals of Alasia. Each book deals with events surrounding the same major political incident: the invasion of the kingdom of Alasia by the neighboring kingdom of Malorn.  Prince of Alasia begins on the night of the Invasion and describes what happens to twelve-year-old Prince Jaymin after he is forced to flee for his life. In the Enemy’s Service features a girl as the protagonist and tells the story of those who were not able to escape from the Alasian palace when the enemy invaded. Prince of Malorn begins several months earlier and focuses on the Malornian perspective of the events leading up to the Invasion. In each of the books, main characters from the others make brief appearances and interact with each other at the point where the time frames and settings overlap, but the books can be read in any order, and each one can stand on its own. I also have a shorter book in the series, Annals of Alasia: The Collected Interviews, that presents interrviews with the characters from the three main books. In it, they answer questions about their backgrounds, interests, and motivations. It helps give some interesting insights into their actions in the stories. This book is actually available for free on Amazon.

I’m currently working on the sequel to The Collar and the Cavvarach. It’s called The Gladiator and the Guard. In addition, I’m putting the finishing touches on the next book in the Annals of Alasia.

Don’t try to write a scene perfectly the first time or get frustrated if it doesn’t turn out the way you hoped. Just get your ideas on paper in whatever rough form you need to; never mind selecting just the right words or fixing any mistakes. Leave the scene alone for a few days, and when you come back to it, read through it and smooth out the obvious errors. Read through it again later and work on polishing it up a little more, and then a little more the next time, and so on. I’ve found that it usually takes lots of passes before I’m satisfied with something I’ve written. Trying to make it perfect the first time is stressful and next to impossible, at least for me.

Here are some ways you can connect with me online:

The Collar and the Cavvarach is available:
Amazon
Nook
Smashwords

Annals of Alasia series is available:
Prince of Alasia Amazon
In the Enemy's Serivce Amazon
Prince of Malorn Amazon

Posted by ccarpinello at 10:00