Carpinello's Writing Pages welcomes author Pat McDermott. Even if you didn't know her ancestors were from Ireland, you'd guess her ties to that country from her stories. She talks today about her Glimmer books.

First, a bit about Pat:

Born and educated in Massachusetts, Boston native Pat McDermott writes stories set in Ireland. Her maternal grandparents emigrated to Boston from County Sligo, and she grew up in a family filled with music and myths that helped inspire her tales. After receiving an Honorable Mention for children's fiction in a national writing contest, she went on to pen seven books in various genres. She lives near the spectacular New Hampshire seacoast with her husband and three chatty Tonkinese cats.

I had already completed the Band of Roses Trilogy when an acquaintance suggested the YA angle. I found I loved writing about my “Roses” characters as teenagers. Their romantic escapades are sweeter than those of their grownup personas, but their adventures are just as exciting, thanks to the Irish fairies who joined the cast and created all sorts of mischief with their magical Glimmer. 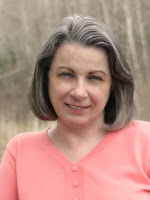 Although I write fiction, I rarely read it these days. Most of my reading is for writing research. Sounds boring, but I love delving into history, mythology, folklore, memoirs, etc. Such books guide me through difficult plots and provide wonderful story ideas. I also read a lot of poetry. Oh yes, and cookbooks.

I can often be found in the kitchen trying new recipes or preparing old favorites. I love to cook and have my own cooking blog. Other favorite pastimes include reading, music, hiking, and traveling, especially to Ireland.

Tell us about the Glimmer books.

Adventure for Young Adults of All Ages! Each Glimmer Book spotlights a branch of Ireland’s fairy clans. The stories suppose that High King Brian Boru survived the Battle of Clontarf in 1014 A.D., and established a royal dynasty still on Ireland’s throne. The current King Brian upholds ancient traditions, as do his children, Princess Talty and Prince Liam. Teenager Liam stars in the Glimmer Books, along with his American friend, Janet Gleason, who can’t seem to stay away from the fairies.

Here's a peek at each of the Glimmer books:

In Book One, Glancing Through the Glimmer, Janet’s Bostonian grandfather becomes the U.S. Ambassador to Ireland. Janet hates living in Dublin until she literally bumps into Liam, who fails to mention that he’s a prince. Unaware of each other’s identities, they arrange a date. When they meet, the fairies steal Janet away. Liam’s attempts to rescue her triggers a series of misadventures that pit him against Finvarra, the quirky King of the Connaught Fairies.

Book Two, Autumn Glimmer, finds Janet settled into her upscale Irish boarding school. In late October, King Brian invites her and her grandparents to his country estate to celebrate Halloween. Janet and Liam enjoy their reunion until a troop of water fairies embroils them in their battle to constrain a bloodthirsty lake monster who wakes every seventh Halloween.

Book Three, my latest release, is A Pot of Glimmer, in which an ancient feud between a leprechaun and a Viking ghoul puts Liam and Janet in deadly danger. Janet's grandfather throws a Fourth of July celebration at the U.S. Ambassador’s residence. Even though the fairies’ escapades have dampened her romance with Liam, he attends with the rest of the royal family. The appearance of a gang of leprechauns triggers a chilling visit from an undead monster hungry for human flesh. Liam and Janet fall into a nightmare that tests their courage in ways they never imagined. Nor did they imagine that real leprechauns are nothing like the "little men" of Irish lore.

As mentioned, the Glimmer Books are “prequels” to my Band of Roses Trilogy: A Band of Roses, Fiery Roses, and Salty Roses. Each is a blend of fantasy, action/adventure, and romance. Ireland’s royal family plants a new rose to commemorate the birth of each child, hence the “Rose” titles. The pink Princess Taillte rose is dedicated to Liam’s older sister, Crown Princess Talty, who stars in this series. Talty dearly wishes to be anyone other than the heir to the throne. She sees a way out, goes for it, and finds her life turned horribly upside down. I’ve also written an adult contemporary romance called The Rosewood Whistle in which music, myth, laughter, and love provide an inspiring background for a widowed American writer and an Irish tour guide leery of love.

I’m currently writing a short ghost story loosely based on family lore concerning a great aunt. “Noreen” emigrated to Boston around 1900 but returned to Ireland with unusual contents in her steamer trunk, at least according to my version. Once I finish that, I’ll get to work on a sequel to The Rosewood Whistle.

You’re the only one with the ultimate vision of the story you’re trying to tell. Don’t let anyone talk you out of it. Join a writers' group, attend classes or workshops, and never stop reading. Exercise those writing muscles! Set goals and deadlines for yourself, and meet them. Persevere in your quest to become a published author, and enjoy the ride.

I think we’ve covered just about everything, but I’d like to add that no one has to be Irish to enjoy my stories. And I’d also like to add a huge thank you to you, Cheryl, for hosting the fairies and me today!

Excerpts from my books are posted on my Website.
The books are available in print and eBook through Amazon where I have an Author Page.
Posted by ccarpinello at 10:00