We love bringing you new publications from author friends and introducing you to new authors. Authors here write childrens/MG/YA books, unless we are hosting special promos like Great Summer Reads 2020 which just finished.

Before we meet today's author, here are some Writing Tips from authors interviewed in 2019.


Keep persevering, write a little everyday and find people to read your books who will tell you the truth. It’s hard finding people who will point out the faults in your work...Sarah Sanchez, author of the MG fantasy The Portal Keeper.


Read a lot in your genre. Also, keep writing and finish your first draft. Even on the days that you will feel discouraged, just take a deep breath and don't give up...Flavia Labre, author of the MG adventure The Eighth Chamber.

Here's a bit about Ann:

I was a high school All American swimmer. I’m also a mother of multiples. So no surprise when I admit to knowing far too much about goggles and the twin bond, both of which provided inspiration for Trident. When I’m not working on its sequel, I coach YMCA swimming, play team tennis, and hang out with my husband and three kids at our home just outside of New York City. As a young reader I could often be found in my basement fort, bingeing on Nancy Drew and Hardy Boys mysteries.

Why did you choose to write for MG?

My twin sons, who just turned 21, were huge fans of the fantasy-adventure genre. When they were in elementary school, they were ready for MG stories before they were capable of reading them themselves. I read the Harry Potter series and then Christopher Paolini’s Inheritance cycle (starting with Eragon) to them every night and became addicted to middle grade. I continued reading the genre after my sons were able to read it on their own. Writing it felt like the next logical step. 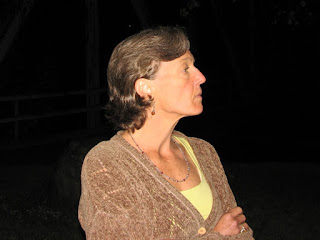 When I’m not writing, I enjoy my job coaching a YMCA swim team, as well as playing team tennis in several leagues. I’m also an internet tech start-up advisor for a tennis app that’s about to launch worldwide, and a student of Tai Chi.

Tell us about Trident and how the story came to be.

Like many authors before me, I followed Mark Twain’s advice to “write what you know” with Trident.
Some story ideas came from people and experiences in my own life: Trident is about a competitive swimmer; its protagonists are twins. And Richard’s goal at the beginning of the book is to qualify for the Junior Olympics, which my son competed in during high school.

An important theme in Trident is pulled from my involvement as an athlete and as a coach: Positive affirmations. Athletes use these all the time to achieve out-of-reach goals. In Trident, Richard uses them to save his life.

But the story isn’t all about my experiences—not even close. Richard and his twin, Lucy, are named after characters from 50s TV sitcom I Love Lucy. And I definitely haven’t been attacked by a shapeshifter—yet.

Trident’s main story and setting inspiration came from two subjects that intersect right at my mythology nerd sweet spot: The Greek god, Poseidon, and the Lost City of Atlantis.

Although written for readers age 8-12, Trident is building an unanticipated but welcome adult following.

Here's a peek at Trident: 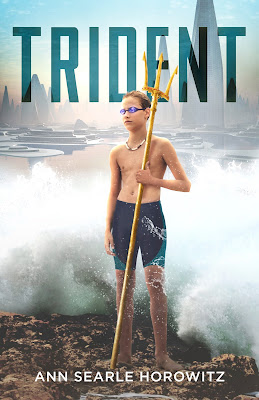 Twelve-year-old Richard Tomlin has almost given up on finding his dad. Instead, he focuses all of his energy on being the youngest swimmer ever on his team to qualify for Junior Olympics.

But everything changes when his new goggles transport him to the Lost City of Atlantis!

Confronting shapeshifters and dark magical forces, Richard channels his inner science geek and the power of positive thinking to stay alive. As he struggles to tame the magic of his goggles, his strong-willed twin, Lucy, finds a way to join him under the sea, and the siblings are thrust into the War of Generations.

To win the war—and save the planet—Richard must embrace his role in an ancient prophecy. Problem is, the prophecy appears to predict his own death. So what’s a warrior to do?

For Trident, I re-read the myths of the Lost City of Atlantis and Poseidon that I had devoured as a middle school reader, read Plato’s dialogues that mention Atlantis, and sorted through conflicting theories penned by diverse scholars about the Lost City. I also read every picture book about Atlantis that I could get my hands on.

Trident is my debut novel. However, other published work includes essays in parenting magazines, and short stories for children.

I started writing the sequel before Trident was published; the positive momentum carried me from one story to the next. But due to a last-minute change I made to the ending of Trident, I’m now re-writing early parts of the sequel, in which Richard’s sister, Lucy, has her own heroic adventure.

First, write short stories or articles to practice your craft, and submit them to print and online magazines; they have word count requirements that force you to become a better editor.
Second, write what you’re passionate about, and use your own life experiences to create authenticity.

Before signing off, I’ll leave you with some fun then-and-now trivia.

Then: Fishermen in the ancient world caught tuna with a (you guessed it) trident. Cool, right?

Now: People still believe that Atlantis was real. And people keep looking for it, somewhere in the Atlantic Ocean.

My website.
Visit for short stories, trivia, events, and fun facts about Trident.

And on the shelves at Arcade Booksellers in Rye, NY.

Posted by ccarpinello at 01:00