Before moving on to our tips and interview, I want to share my exciting news. My Guinevere trilogy (soon to be an eBook) received Moonbeam Children's Book Awards Bronze medal for Best Book Series-Chapter Book. Unexpected, I'm thrilled to receive this prestigious honor. The books in the trilogy are Guinevere: On the Eve of Legend, Guinevere: At the Dawn of Legend, and Guinevere: The Legend.

This month, Carpinello's Writing Pages introduces readers to two new authors. Both of the authors have Middle Grade books releasing in October 2020. It's always exciting publishing a new book, especially a first book. Please offer your support to each writer by congratulating them in the comments and maybe even visiting their websites and clicking on the buy link. Remember the holidays are fast approaching and few gifts are sweeter than a book. But, first, here's our writing tips from our authors:

Very simple:  write, write, and write. And don’t be too hard on yourself in the beginning. Writing is a craft that you get better at with practice!—Joe Gazzam, YA author of Uncaged

Don't let rejections detract you from your goal. Practice makes perfect and try to always work with a good editor who will really give you the honest truth. Not a friend but a business associate—Randa Handler, children's author of The Boy Who Spoke to God.

Here's a bit about Roslyn Muir:

Roslyn Muir is new to middle grade fiction fantasy but feels she comes by it honestly—“I still feel like a ten year old making up elaborate adventure stories in my head.” Born in Scotland and now living in Vancouver, Canada, she often uses the similar landscapes of both countries in her stories. Roslyn has another life as an award winning screenwriter who writes YA stories, family drama and thrillers. She was a writer on the Global/CBS one-hour drama Ransom created by Frank Spotnitz (Man in the High Castle). Roslyn has also written several movies that have aired on TV around the world: Washed Away, Stranger in the House, and Reluctant Witness to name a few. Roslyn also wrote and produced the dramatic feature film The Birdwatcher directed by Siobhan Devine. Her half-hour YA comedy, The Tutors, is in development with the CBC. 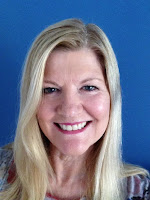 I’ve been writing TV & film for many years—drama and thrillers mostly. But I love to watch fantasy and sci-fi. My own middle grade years had a big impact on me as a reader: I discovered fantasy stories and started writing them in my head. The main character, Kyra, came to me as a middle grade girl so I ran with it. The great thing about middle grade books is that they really transcend age.

I’m actually a big thriller/detective story buff. I love female protagonist thrillers where the main character has to solve their own dilemmas. And plot twists. I’m a plot driven writer so I appreciate stories where I can’t figure out the end. I love to be surprised!

Tell us about The Chimera’s Apprentice and how the story came to be.

This story really started with the character Kyra. She was in my mind for quite some time, and I just kept developing her and the world. Then I was flipping through a book on Greek myths that I bought at a yard sale and came across the chimera. I was really intrigued by it—myths are stories that some writer made up thousands of years ago! So I was impressed by the variety of monsters that existed in the Ancient Greek psyche and decided to incorporate the chimera into my story.

Here's a peek at The Chimera's Apprentice: 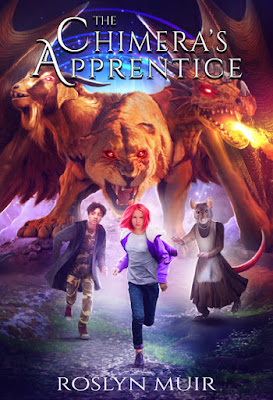 The laundry room was eerily quiet. It was a small room: washers on one side, dryers on the other, and a gleaming white wall in the back. A creepy feeling overcame me like someone was watching me. I held my breath, threw the clothes in the washer, and shoved the coins in. To heck with the soap. Something went through me—a feeling, a shiver, like I knew I was in danger.

That’s when it happened. The craziest, weirdest thing ever.

I dropped the laundry basket and let out a squeak. At the door was a little man, but it wasn’t really a man, even though “it” was standing on two legs. He had a thick snout like a dog and long, long whiskers. His black nose was shiny and wet; a limp pink tongue hung out of his panting mouth. Goggles covered a worn leather flight cap, and he wore a too-tight army uniform with mismatched brass buttons about to pop open. A furry little paw with long, sharp black claws held up a smooth, milky-looking stone. Was it a weapon?

“Kyra of Murch, I’ve come to take you home.” And then he laughed, an evil, maniacal laugh like the bad guys in the movies.

“Uh, I’m not Kyra Murch. You have the wrong person,” I lied. I was talking to a RAT. A walking, talking rat-man. Impossible. But soooo amazing!

“I’d recognize a Murch anywhere,” he sniffed the air, advancing towards me. “I can’t believe my luck. You’re here! Ha! I’ve succeeded!”

This wasn’t happening. I was talking to a rat. It was real. And I was seriously trapped. He was smaller than me, about the size of a ten-year-old. I could do some moves on him. I’d seen Karate Kid. But I wasn’t much of a fighter; in fact, I hated seeing people get hurt.

“Are you going to throw that little rock at me, rat face?” I bluffed.

The rat-man was stunned. “Er, this is an ancient weapon. You can’t insult the Adularia. There are only two in existence, and the Raturro have protected them for eons. The Adularia is, er, all-powerful.” He held the weapon out towards me as if to show me.

“I’m warning you,” I stood as tall as I could. “This is your last chance!”

The rat-man’s eyes went wide. He was scared of me!

“So shoot me! Get it over with already!” I bellowed, gaining some momentum.

“I-I’m not here to shoot you.” He lowered his weapon. “I’m sorry. I didn’t mean to scare you. I’m Shale of the Deep Nestling Raturro.” He held out one of his paws for me to shake, then changed his mind. “I’ve come to save you. You’re in grave danger.”

“They’re coming for you.”

But he didn’t answer me. He only choked out a tiny squeak. Something on the wall behind me caught his attention.

How do you research your stories?

I read a few books about rats, and I’m already obsessed with crows so it was a no-brainer to add them to the story. I do some general research but nothing too in depth. I like to use my imagination as much as possible and just make stuff up!

I’m a screenwriter of film and TV and have written several thrillers and dramas that have screened internationally. The Chimera’s Apprentice is my debut novel. It is a trilogy, so there are more on the way.

Your main job is to get better as a writer and, really, that’s the only thing that’s in your control. The only way to improve is to write. Every day. Even if you can only carve out half an hour, write something. Form a habit. I find it harder to not write than to sit down at my desk and work. When I was starting out as a writer I read as many books on writing as I could find. I think they’re helpful and inspiring.

Join me on social media:

Posted by ccarpinello at 02:30