First, a bit about Vivienne:

Vivienne Mathews is a nerdy ice queen who talks with her hands and owns far too many hats. A beekeeper with a bee allergy, no one would ever accuse her of being sensible. She spends most of her days in Hermitville, just past Nowhere, with her loving husband, two dogs, and a child who won’t stop growing no matter how desperately she tries to keep him young. More than anything, she hopes you enjoy her books as much as she enjoys writing them. 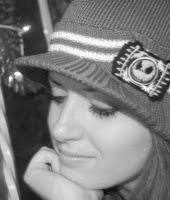 Though I’ve written in many genres, middle grade fiction is my favorite place to be. I adore the purity of the themes, the ability to write noble characters without having to justify their decent natures to a cynical audience. You can be as honorable and grandiose and fantastical as your imagination will allow, and no one will ever ask you to make excuses for it because they’re right there with you. They want to be awed at the end of it. They want to be happy. We old fogeys don’t seem to have time for that sort of thing, which is a shame because the truth is, the best lessons I’ve ever learned (in reading) have all come from books written for the young.

As you’ve probably guessed, I love junior fiction. I’m currently reading Savvy by Ingrid Law, and we’re reading Bot Wars by J.V. Kade as a family. Yup, we still read out loud to our preteen every night. He loves it!

My husband and I live on a homestead in a very rural area, so we do a lot of gardening, canning, that sort of thing. We raise chickens and keep bees. We also play way too many video games, but don’t tell anyone that.

Tell us about The Sons of Masguard and how the story came to be.

It’s so silly. Seriously, you’re going to laugh at me. Years ago, my mother taught a preschool class. The instruction manual with which she’d been provided listed a series of cartoon animals – one for every two letters of the alphabet. The manual itself didn’t come with images, only brief descriptions of the animals, so she asked me to sketch up the cartoons in my spare time. I was a bit thrown when the character for “o” and “p” was a painting ostrich. I thought, “That’s a bit weird. With all the available choices? Why not a piano playing octopus, or an otter pirate?” It bothered me enough that I got up in the middle of the night to draw my own version of the character. Trouble was, I had two very disparate ideas as to what this character should look like. So, I drew them both. Two otters in naval getups with crossed swords. That sketch later became the combined character mock-up for Captains Marshall and McKinley, and they took on a life of their own. All from a painting ostrich. There. No one will ever take me seriously again. I hope you’re happy.

Here's a peek at The Sons of Masguard: 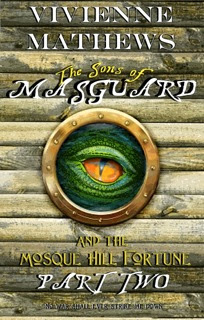 A haunting mist sits on the harbor beneath Secora Tor.

It hides a secret that only Captain Marshall, accomplished military figure and heir to the greatest explorer in the kingdom’s history, can unlock. When he receives a cryptic message from a shocking source, the stoic otter sets out on a dangerous journey to save his queen, never suspecting that McKinley the Marauder, notorious pirate and general miscreant, might have ambitions that could put his entire mission at risk.

Now, accompanied by a gypsy mercenary, a dishonored knight, and a family of thieves – and tailed by the evil wolf Baron Von Ulric – the Captain finds their paths converging in an uneasy alliance, becoming a race against time as they travel through mythical tales to the legendary island of Mosque Hill, each of them hoping to reach an ancient artifact before it is too late. Each of them desperate to stay ahead of the secrets that they keep.

What will they lose along the way?

And where will they turn when they realize that nothing is as it seems?

Gobs. Some are written specifically for current markets and published under a different name, but most are just sitting in a file full of not-good-enough-for-print follies on my hard drive.

I am! The Sons of Masguard is currently outlined through book five and is set to have a spinoff series with Careful Steps Kal (an orphan raccoon from book one) as the protagonist, so I’m hard at work on those. I’m also desperately trying to finalize a stack of illustrations for several picture books that I hope to have available by the end 2014, time permitting.

Oh my, I don’t know that I’m in any position to offer advice. Franz Kakfa is, though. (Er… was?) ”Don’t bend; don’t water it down; don’t try to make it logical; don’t edit your own soul according to the fashion. Rather, follow your most intense obsessions mercilessly.” Be true to your characters and tell the story that you want to tell. The rest will take care of itself.

If your Facebook language isn’t set to “pirate,” you’re missing out. Cheers and hugs to all who took the time to read this!

They can drop by my blog anytime at all.  http://viviennemathews.blogspot.com/
I do a lot of pointless gabbing there.

Or, if they’re feeling particularly masochistic, they can follow me on twitter.  https://twitter.com/VivienneMathews
I’ll bore them to tears 140 characters at a time.

And most of my freebies (book one, the companion guide, the coloring book, the printable board game) can all be downloaded from Smashwords.  https://www.smashwords.com/profile/view/viviennemathews

Posted by ccarpinello at 06:30