Carpinello's Writing Pages welcomes English Middle Grade author Geoff Warwick. He writes for kids as G. L. Wilson. Geoff is one of my favorite type of authors to interview because he's also an educator.

First, a bit about Geoff:

I’m a playwright and author. I’m also an English and Drama teacher. When I was younger I took some time out and worked in theatre, TV and radio. I live with my family in a chocolate box little village just outside the City of Cambridge where I’ve set most of the action in my MG series The Campion Quartet. I studied Italian and that got me travelling. Since then I’ve been all over the world and only have a China and Russia left on my wish list. Before and during College, to pay my way, I had all kinds of crazy jobs, the worst being in a factory where they cut up animals and skinned them. I had to hang up the skins.Yuk. The best job was running a disco in Florence. Very cool.

Why did you pick to write Middle Grade books?

I first started writing for children when I was teaching. I wrote plays for kids and adults. Later I had one idea that I tried out with my pupils and was lucky enough to find that an agency that liked the writing. I stayed with that agency for a few years but then went off to write adult novels. However, a couple of years ago I came back to Campion’s Choice, something I’d worked on with publishers but never got round to fully developing. Writing for an MG readership means that I can focus on storytelling. I hope I’ve managed to come up with a fast paced, funny, original, series. I hope your readers think so too! 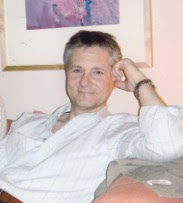 Everything. I did an English degree and then taught English so books have been my life. We had a motto, ‘To give children words is to give them the World’.  Books have given me many different worlds! I’ve have always been mad about books from Just William stories, through to Tolkien, on to Jane Austen and Shakespeare, with Terry Pratchett and JK Rowling thrown in for good measure. I like different books for different times – good stories for beach reads, thoughtful writing for the winter.

Traveling, cooking, growing vegetables, watching films, going to the theatre, visiting galleries, attending concerts, angrily shouting at soccer matches on the TV. There’s always something new and exciting (and frustrating) just around the corner to enrich my life.

Tell us about Campion’s Choice and how the story came to be.

It all started out with a blurry photograph. I looked at it and pieces seemed to be moving. I thought then that it looked like time passing had been captured. That gave me the idea for ‘How to take a picture of the future’ – a kid finds that, when he takes a photo, he can use it to look at the past or look into the future. To begin with my main character was going to be a teen detective, but that idea had already been taken so Campion’s Choice went its own way. Before I knew it, I was writing about aliens living in thatched cottages and being in charge of a famous Cambridge College.

Here's a peek at Campion's Choice: 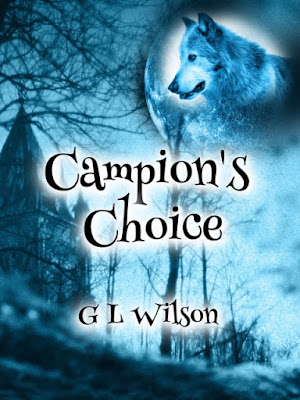 After the Dadster’s accident Jack didn’t have any choice. He had to be good; he had to help out; he had to keep hope alive.

After the coins arrived everything changed.

When the universe turns upside down, when the world goes crazy, when you never know who are the bad guys and who are your friends life is suddenly full of tough choices.

If you had to save your father or save the planet what would you choose?

This is Jack Campion’s choice.

My children’s books were all part of a collaborative series that schools used. My adult books were very different and that’s why I went for the pen name G L Wilson.

I’m putting the finishing touches to Campion’s Change – Book Two in the Campion Quartet. I guarantee you will never guess what the change is. I’m also making notes for a new adult novel set in 1975 about a boy who is bullied by a teacher and decides to take revenge.

Enjoy writing. Accept that it’s something very, very important to you, something you love doing. Don’t write to be successful or famous. You spend a lot of time, on your own, when you are writing, and you should only do it if it makes you really happy. Otherwise you can waste an awful lot of your life, being alone and feeling miserable.

It’s been great to talk to you. When you’ve read Campion’s Choice please get in touch with your views. I’m running a competition for a local school, and the kids there are coming up with brilliant 140 word tweets and character sketches. I’d love to see anything like that and promise I will post them on my website. It’s here - www.takethecoins.com
Thanks again for having me, now get back to reading a good book.

MG readers can find the ebook/paperback versions of Campion’s Choice on Amazon
My website also has my books.

Posted by ccarpinello at 19:25