Carpinello's Writing Pages is excited to participate in the release of Jemima Pett's newest MG Fantasy  Princelings Revolution. I've know Jemima for many years, and her books are some of the best middle grade fantasy out there. If you haven't read her Princelings of the East series, you will be surprised and delighted to learn about her unique characters. So let's get on to it with some background on Jemima:

Here's a bit about Jemima:

Jemima Pett has been living in a world of her own for many years. Writing stories since she was eight, drawing maps of fantasy islands with train systems and timetables at ten. Unfortunately no-one wanted a fantasy island designer, so she tried a few careers, getting great experiences in business, environmental research and social work. She finally got back to building her own worlds and wrote about them.

Her first series, the Princelings of the East—mystery adventures for advanced readers set in a world of tunnels and castles—is now complete. Jemima has also edited two volumes of Christmas stories for young readers, the BookElves Anthologies, and her father's memoirs White Water Landings about the Imperial Airways flying boat service in Africa. She lives with her guinea pigs in the UK. 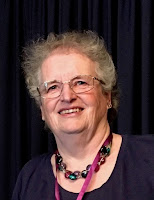 Why did you pick to write books for Middle Grade readers?

I think the genre chose me, or at least I wrote the Princelings books with the characters based on my guinea pigs, and that led to them being considered more children’s books. Looking into this, I decided that there really was a gap for complex stories for advanced readers of 8 and up, although I usually say 10 and up in print. I had some ten-year-old beta readers at the time, which helped.

I review a book on my blog every week, so sometimes I read things I’m not keen on, but mostly I pick science fiction and middle grade books, usually with a spec fiction aspect, maybe magical-realism. I also read science and environment-based non-fiction. But for a proper break, I read crime novels.

Tell us about Princelings Revolution and how the story came to be.

Princelings Revolution is the tenth and last book of the Princelings of the East series.  I never expected it to be a series. Originally I envisaged a trilogy: there is an epilogue in the first book which became the goal towards which my heroes were working. That theme ran through the rest of the books that followed. My world insisted on growing and showing other aspects to my readers.

In about 2014, I started planning the last book as number eight in the series and knew there would be unrest and changes in the way the castles are run. I started writing it in a file called ‘Topsy-turvy world’ but soon stopped because there was simply too much time that had to pass until the end, set for summer 2021. What developments would occur? It was easier to write other books to make them happen than to invent a roadmap for myself - and my readers. It gave me a target to reach in my writing, as well as one for my heroes Fred and George to attain. So this is the only book I’ve written to a deadline! 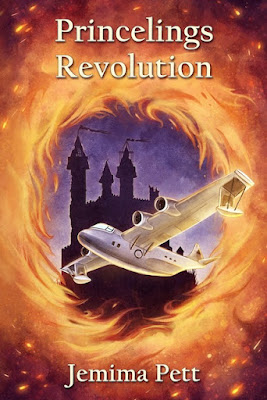 Here's a peek at Princelings Revolution:

George seems to have lost a phial of highly dangerous liquid. King Fred is battling politics, relatives and self-seeking dignitaries in his aim to give the people a better way of living. But can Fred keep the promise he made to an engaging chap from another time when he was just a princeling? Or will all their hopes fail?

Princess Jasmine, Fred’s daughter, and her cousin Liska, are on a treasure hunt at the edge of the marsh…

“I wonder if anyone lives there? I’ve not heard about a community over this way.”

“Maybe it’s just one person. What if…?” Both girls wondered if fairy tales of princesses abducted in the woods might actually come true.

“Let’s just have a look. I think my father would like to know if there’s someone actually living here. It’s probably just a store, or a shelter for a woodman.” Jasmine walked forward, taking each step carefully, treading between twigs that might crack under her feet. Liska followed her, breathing loudly. “Shh!”

“I am shush-ing.” Liska whispered in response.

They crept up to the side of the building, listening for any indication of life. “I can’t smell a fire or anything.” Jasmine whispered.

There was only one window, and one door, sheltered by a small veranda that ran the width of the shack. Logs were stacked neatly under it, along the front of the building. “Someone’s put those there for use.”

“As long as they aren’t inside.” Jasmine lifted the latch and pulled the door outwards to open it.

What Jasmine saw was an apparatus that she was very familiar with, a duplicate of the one in the flyers’ laboratory. It was hissing gently, and a drip plopped from the final tube into a glass bottle at the end.

“It’s a still. It’s making something, and it smells like strawberry juice. Liska, we must leave. Now! I have to tell George!”

Liska left the shack, followed by Jasmine, but Jasmine overtook her at a run. Jasmine took the straightest route she could, back to the path that led to the lightning tree.

Suddenly she was falling through the earth. The light through the trees above swirled crazily as she fell backwards. Sharp things scratched at her, and knocked her from side to side, and the light disappeared. Her surprise forced a squeal from her, cut short as she landed hard on some uneven ground and branches. Then she screamed in fear as Liska landed on top of her.

For the Princelings, it’s mostly world-building skills: making sure the world the people inhabit is consistent and has proper rules for law and order, commerce, education, all the background that we can take for granted in a story based in say, Colorado 2020.

I once studied design and technology, and used that, and kept an eye out for specific information that would help George devise both a new electricity/power system and new flying machines. Fortunately my career in energy efficiency policy helped with the technical elements, and my father’s background in 1930s flying boats influenced me heavily.

Most of the political thought Fred has is based on theories I gleaned from proof-reading a friend’s thesis for him, and I owe him a huge debt.

This makes it sound like the book is all science and technology, but it isn’t! It’s people living in a castle a long way from anywhere else, in the middle a marsh, near the sea! And that was easy to research, because it’s in Norfolk (UK), where I lived!

Apart from the ten books in the Princelings series—you can probably jump in at number 7, Willoughby the Narrator, if you insist on not starting at the beginning—I have a trilogy of a science fiction series (for grown-ups), the Viridian System series. The Perihelix sees my two heroes taking three women for a space holiday, only for them to be kidnapped. The women have to learn how to pilot the spacecraft, and the men have to deal with some very nasty aliens who want something found. In the second of the series, the women have become equal partners in the men’s adventures. I suspect in the third book they may end up taking over.

So that third book in the Viridian Series, titled Zanzibar’s Rings (in a shameless bid to get on people’s A-Z title list), has a partial outline and several developed bits of plot that only hang together by a thread at present. It probably won’t emerge until late 2021 at the earliest.

And there are other ideas I discover when I look in my notes… a collection of short stories, the complete Dylan and Dougall adventures… I also hope to get more short stories accepted for other anthologies.

Write down ideas for other books or stories when you get them.  You won’t remember them later.
Don’t give up. Take a break… but don’t give up. 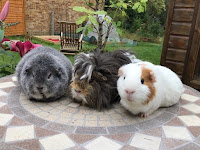 If you don’t mind, I’d like to beg anyone who thinks they’d like a pet, or a new pet, to go to a rescue or rehoming centre, and not to a store or breeder.  There are so many loving, unwanted animals, some of whom have really traumatic stories, and others who were born in rescue. They all deserve a good loving home, so please give them one for life.  Rescues will also give you help and support if you need it, long after you take the animal home. Thank you.